It's been a year hiatus from college gambling, but our guru J.R. Ewing is back and ready to recover losses from the disastrous 2012 season.  This time with a new format.  We'll give you five games ATS PLUS one game at a TD spread or more for the underdog straight up.  110 units on each game (100 on the S/U).  Let's get started with Week 1!

All Gambling information courtesy of 5Dimes via Yahoo

Houston (-10) vs. Texas-San Antonio
Houston is a high scoring offense and trending upward the past few years under coach Tony Levine.  I see them running all the way to the bell with a two TD or more win.

Central Florida (-2) vs. Penn State (Ireland)
UCF is coming off a BCS victory in the Fiesta Bowl, but lost QB Blake Bortles to the NFL draft.  They weren't just a one man show.  And Penn State is decimated with loss of scholarships and has a new coach.  UCF should roll.

West Virginia (+25.5) at Alabama
Alabama will have a new quarterback but is expected to reload quickly.  West Virginia has been in a nose dive since Geno Smith departed.  But strange things happen in season openers, we see this hanging a little more closely than oddsmakers state.

Fresno State (+20.5) at Southern Cal
USC has been through a strange week with "nephew-gate" as well as another departed player discussing potential racism of the coaching staff.  Fresno won ten games last year, but will be without departed Derek Carr.  Fresno may keep it close, they've never been intimidated by the bigger schools

Wisconsin (+5) vs. Louisiana State (in Houston)
Wisconsin is a machine and will be ready to pound the ball.  LSU lost their starting QB and both receivers, but are extremely athletic.  I think Wisconsin's style will frustrate LSU and an upset is in the works.

Straight up special
Western Michigan (+305) at Purdue
Purdue has been in rebuilding mode seemingly since Drew Brees left.  The MAC always seems to have a surprise for the Big 10 and I think this is the one.

Throughout the season we'll track the sure to be profit!  Stay tuned! 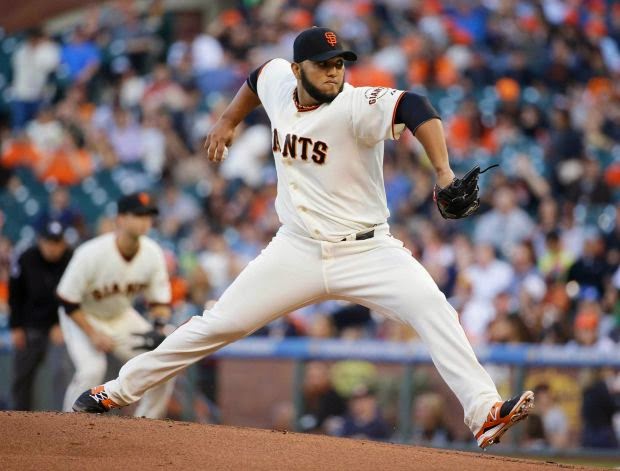 Baseball is a statistical sport, for which "streaks" are widely monitored and acclaimed.  From Joe DiMaggio's 56 game hitting streak, to Cal Ripken's 2632 games played to Orel Hershiser's 59 consecutive scoreless innings to Johnny Vander Meer's consecutive no-hitters.  San Francisco Giants pitcher Yusmeiro Petit can etch his name among those baseball legends now by retiring 46 consecutive batters.  No hits, no walks, no errors, no hit batsmen.  The record had been held by Mark Buehrle with 45 consecutive outs set in 2009 (27 of which were his perfect game). For the week in question, Petit went 6 1/3 innings with no baserunners and 10 strikeouts.  The record was actually broken Thursday, but Petit is a worthy Longhorndave Sportsman of the Week!
Posted by longhorndave at 3:36 PM No comments: 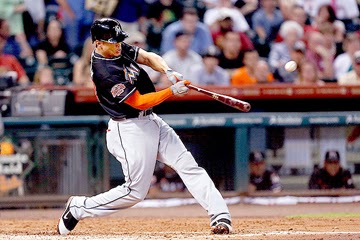 The August "month of baseball" continues, this time with one of the best young talents and sluggers in Major League baseball.  The Miami Marlins Giancarlo Stanton has been touted as the "next great power hitter" for a couple of years now, and now is here.  He leads the National League with 32 home runs and 88 RBI, padded this week by an all-around good performance going 9-23 (.391) with 7 walks, for a .533 on-base percentage.  Add 3 HR, 9 RBI, and a Marlins record at 5-2, including taking a series vs. the playoff-contending St. Louis Cardinals.  Giancarlo Stanton is our Longhorndave Sportsman of the Week!
Posted by longhorndave at 8:04 PM No comments: 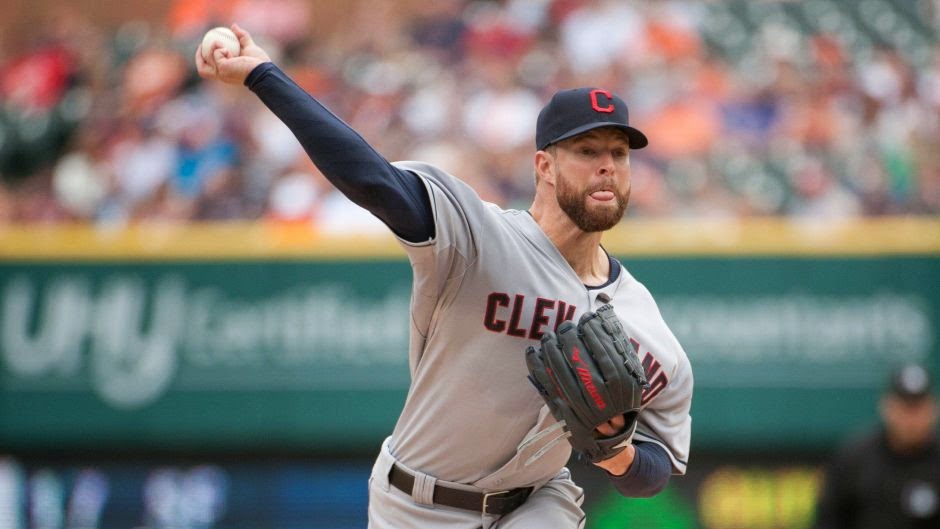 This week's Sportsman of the Week may surprise you in that you may not have heard of him.  But Corey Kluber of the Cleveland Indians has quietly been putting together a second half worthy of Cy Young consideration.  For this week, he went a cool 2-0, 0.67 ERA, and 17 K in 13 innings.  Wins were over the New York Yankees and Cincinnati Reds, both teams in contention.  If you look at his season numbers, he's up to 13-6 (6 straight wins since his last loss on June 30) with a 2.46 ERA and 187 strikeouts.  Those are Felix Hernandez type numbers.  He was passed over for an All-Star berth, but will surely finish high in the Cy Young and may just push his Indians to the playoffs.  A worthy Sportsman of the Week!
Posted by longhorndave at 1:16 PM No comments: 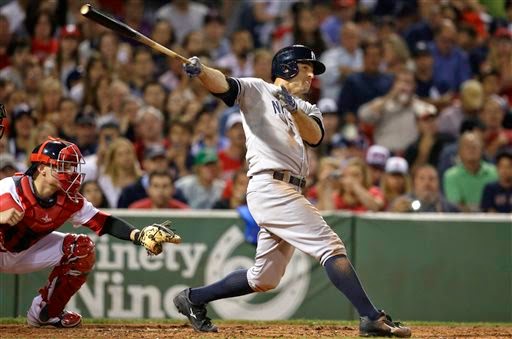 August is all about Major League Baseball, and who is performing to push their team to the playoffs.  This week's sportsman might be the least likely on his team to provide a lift, but amazingly deserving.  New York Yankees outfielder Brett Gardner emerged as the team hitting leader, going 11-23, with five HR, seven RBI, and even four walks.  He had 23 career home runs in six seasons coming into this campaign.  While the Yankees 3-3 record over the week didn't necessarily make a dent in their playoff deficit, at least Gardner (who leads the team in average, OBP, and hits) has emerged as one healthy guy they can count on.
Posted by longhorndave at 9:11 PM No comments: