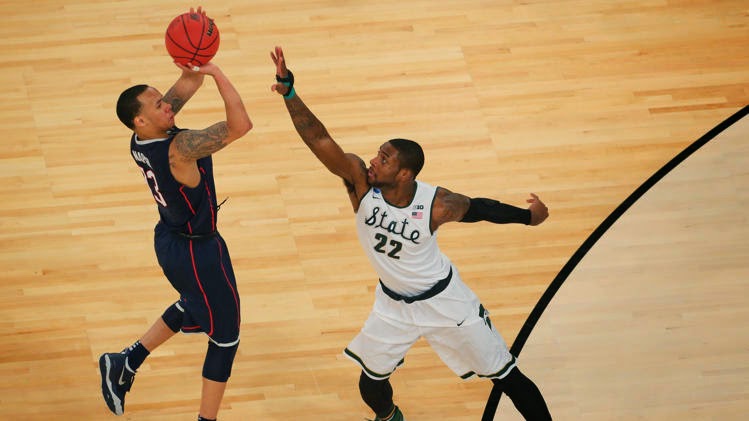 It's March, and that can only lead to Madness.  And this year's NCAA Men's tournament hasn't disappointed.  As the field was whittled down from 16 to 4, one team seems to have come from nowhere to be in the mix, led by our Sportsman of the Week.  Shabazz Napier is an enigma in the tournament.  He's a senior.  In leading the Connecticut Huskies to two wins over the weekend, he poured in 44 points, 11 boards, and 9 assists.  Shooting 44% from the field, but 93% from the line and 53% from beyond the arc.  Including three key free throws in the last 30 seconds to oust Michigan State.  Senior leadership does matter in the tournament, and having Napier on your bench might mean a championship.  He is the Longhorndave Sportsman of the Week!
Posted by longhorndave at 9:50 PM 2 comments: 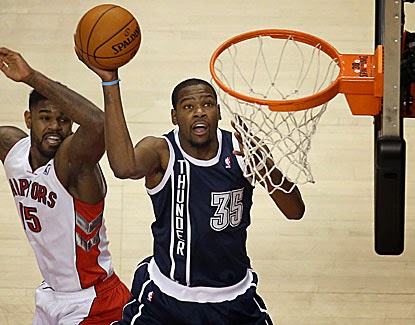 This one is probably overdue from a few weeks ago when he was on a ridiculous streak, but that was during the NFL playoffs so it was hard to work him in.  No fear, the projected 2013-14 NBA MVP has had another worthy week.  This week Kevin Durant went off for 40.3 PPG (bolstered by a 51 point performance, including a go-ahead 3-pointer in the last two seconds to beat the Toronto Raptors).  He also chipped in an average of 11.7 rebounds and 6 assists.  And his Western Conference 2-seeded (at the moment) Oklahoma City Thunder went 3-0, all on the road in the midwest.  He doesn't seem to be tiring, and raising your level of play this time of year usually bodes well.  Congratulations to Kevin Durant, he's the Longhorndave Sportsman of the Week!
Posted by longhorndave at 7:26 PM No comments:

The Bloggers at Sports-Kings have your NFL Free Agency covered, check out the roundtable discussion (I'm the guy in the pink tie):

)
Posted by longhorndave at 8:55 PM No comments: 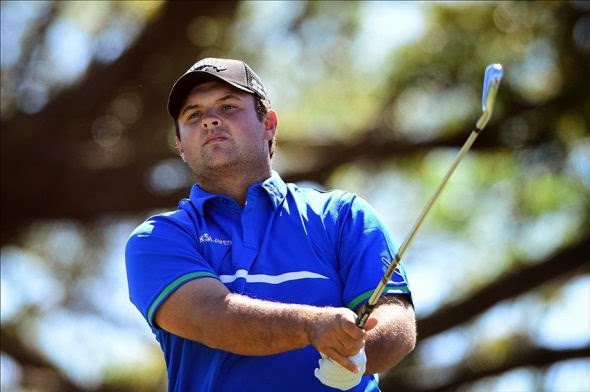 The PGA tour is heating up as we head toward The Masters, and there is a new name that the sports world needs to become familiar with.  Patrick Reed became the youngest winner of the World Golf Classic (at age 23) by carding a hard-earned -4, one of only three golfers below scratch.  But who is this kid? He's a two-time NCAA D2 team National Champion at Augusta State (yes, Augusta, Georgia) and has won three of his last 14 tournaments.  And he's unphased by the big names, with nerves of steel.  And all he does is win.  We'll see how much noise he makes in the 2014 Majors, but he's this week's Longhorndave Sportsman of the Week!
Posted by J.R. Ewing at 9:32 PM No comments: 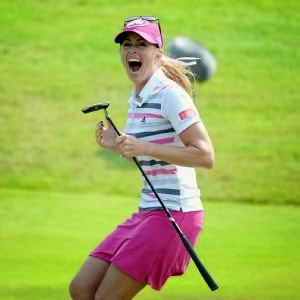 Spring sports frequently bring by a surprise Sportsperson of the week, and this one might be no exception.  Spring also means golf!  Why not ladies!  The LPGA's Paula Creamer distinguished herself from a world class field in Singapore in the HSBC Women's Championship, on the second playoff hole.  Locked in a battle with Azahara Munoz, she made the green in two, then sank an incredible 75-foot EAGLE putt to win an improbable title, her first since the 2010 US Women's Championship.  Congrats to our third LPGA winner of a Sportswoman of the Week, Ms. Creamer!
Posted by longhorndave at 8:58 PM No comments: