The NBA Basketball playoffs are in full swing and the Golden State Warriors are a team everyone is watching to see if they can live up to their regular season performance.  The Western Conference top seed stormed through the New Orleans Pelicans with ease led by MVP favorite Stephen Curry.  Curry displayed his dominance over three games in the week with 33 points, 8 assists, and 6 rebounds per game during an easy sweep.  Only one game was fewer than 10 points.  Curry leads the NBA in scoring average this postseason and our deserved Sportsman of the Week!
Posted by longhorndave at 8:33 PM No comments:

Every single person except maybe Jesus Christ, Buddha, Vishnu, or Mohammed has done something wrong and needed to apologize (more on Jesus in a minute).  From the time we can speak as toddlers, we are taught by our parent, guardian or teacher that if you do something wrong, you are supposed to say "I'm Sorry."  And you are supposed to mean it.  And in general at that stage of life, it's for something like spilling a drink or punching your sibling.  And usually, the apology is accepted.  Meaning that both parties move on and it is no longer held against the offender.  Until the next time your parents are looking and the sibling smacks you back.

Jesus took his ministry so far as to forgive the sins of all, for in the end all that believe in him will have everlasting life.  But I digress.

How does this relate to sports?  Newsflash.  Athletes (and in some cases, the media that covers them) are not perfect.  Far from it.  In fact, their stature, fame, and lifestyle lend itself to doing things wrong.  In a phrase: "Mo' Money, Mo' problems."  Be it people taking advantage of you, marriages that are far from traditional, or a feeling of entitlement (thou can do no wrong and if you do, someone will cover it up).  The cover up part is not happening as well in these days of social media and the hypersonic speed of the news cycle.

Over the past several years, we have had extremely egregious transgressions by athletes or sports media (the charge is my opinion of accusation, not an indication of legal guilt).  Here is a sampling that span the range of all sports, transgressions, genders, and fame.  The link for each offers a video or article on the apology.

Just read through those names.  These athletes and sports figures have literally all been at the top of their game or profession at some point.  But one action or statement and it all came crashing down.  It can happen to anyone; we all make mistakes.  So an apology is offered.  In some cases, seemingly showing legitimate remorse (Jim Joyce, Tim Tebow, Don Zimmer).  In others, more forced (Ray Rice, Mike Tyson, Ryan Braun) or disingenuous (Lance Armstrong, Tiger Woods, Britt McHenry).  There's been tears, there's been significant others next to them, there's been their organization supporting, sometimes not.  But not all apologies are created equal.

As a courtesy to athletes and frankly anyone in life who messes up (that's you unless you are a diety), here are a few criteria to consider if apologizing


2)  Say it like you mean it.  People can see fake.  Reading a statement doesn't come across as sincere.  It comes across as doing it to meet a requirement.  Look into the camera and speak from the heart.
Examples good: Marion Jones, Tim Tebow, Mark McGwire
Examples bad: Tiger Woods, Britt McHenry, Mike Tyson, Michael Vick

3)  Let your actions do the talking.  Whatever you did wrong, try and fix it, preferably without fanfare.  If you are truly sorry, you will act to reconcile.  A phone call (not a tweet) to someone who was affected goes a long way.  Volunteering to help a cause that does good in the area you committed a transgression (battered women's shelter, animal causes, etc.)

4) Do something extra.  Find a new way to interact and win back your fans.  Volunteer your time, be visible in a positive way, but be genuine about it.

Ultimately it is up to the fans to accept an apology.  I find myself in each case having trouble forgiving some (Britt McHenry, Lance Armstrong) but easily accepting others (Steve Bartman, Jim Joyce).  Human emotion is a tough thing to reconcile with.  But one thing is for certain.  Athletes will keep messing up and keep apologizing.  But will we accept it?
Posted by longhorndave at 11:10 AM No comments: 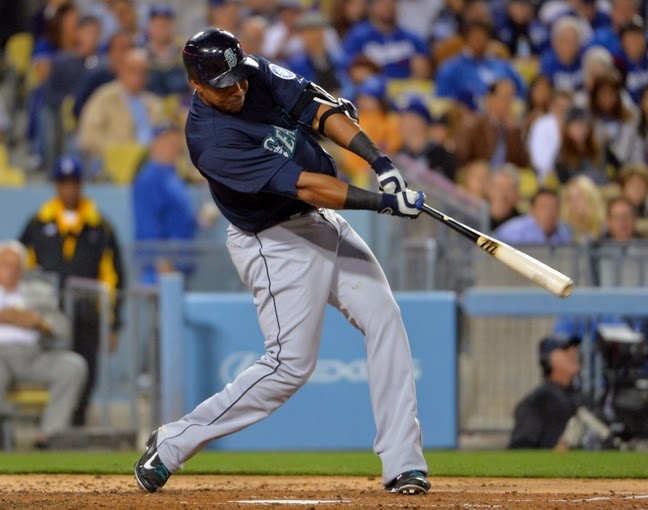 Baseball is back and this week's Sportsman started where he left off last year.  Seattle Mariners slugger Nelson Cruz bashed in his opponents for six home runs and 10 RBI over the six games of the week.  His team only scored 27 runs in a disappointing 2-4 team finish.  He was 12-24 with a slugging of 1.125.  With NBA and NHL playoffs in just the early round games, baseball takes the stage this week.  Next week, it's more likely playoff time as heroes are emerging!
Posted by longhorndave at 10:40 AM No comments: 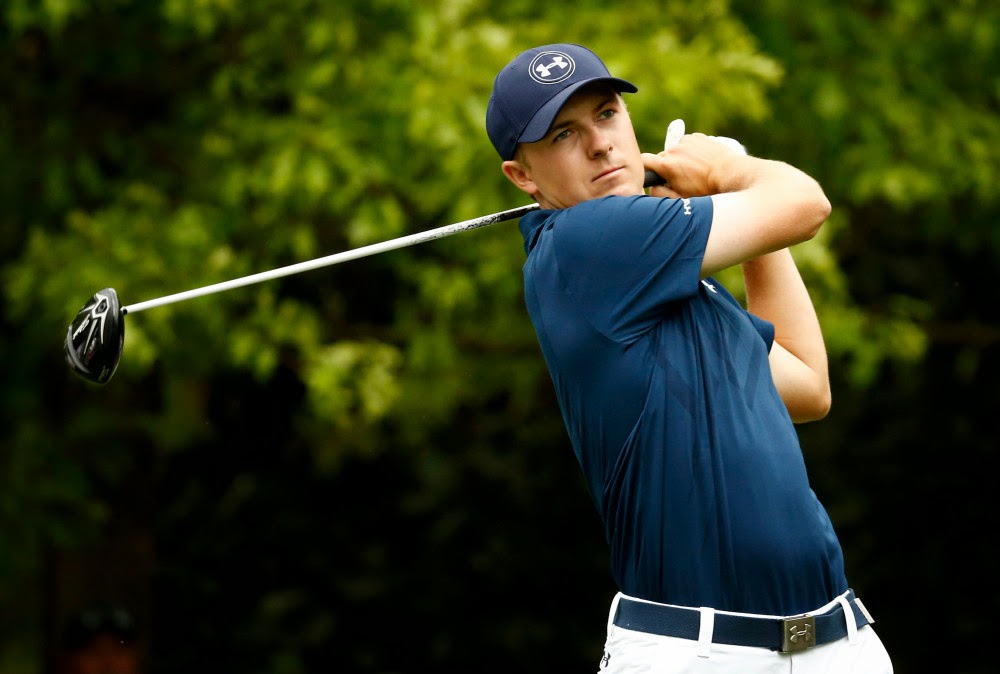 There is no question this week which athlete stood head and shoulders above the rest.  Arguably the most renown of the PGA Majors was held and a 21 year-old set an all time course record.  Jordan Spieth dominated a star-studded field to finish at -18 tying a Masters record with Tiger Woods. And he had a make-able putt to break the record but didn't quite nail it.  Spieth became the first golfer to lead the tournament after each of the four rounds since 1976 (Ray Floyd).  And he set a number of records for "first by age 21" throughout the way.  To say the sky is the limit for Spieth may be an understatement, there seems to be nothing this kid can't achieve.  A worthy sportsman of the week.
Posted by J.R. Ewing at 9:40 PM No comments: