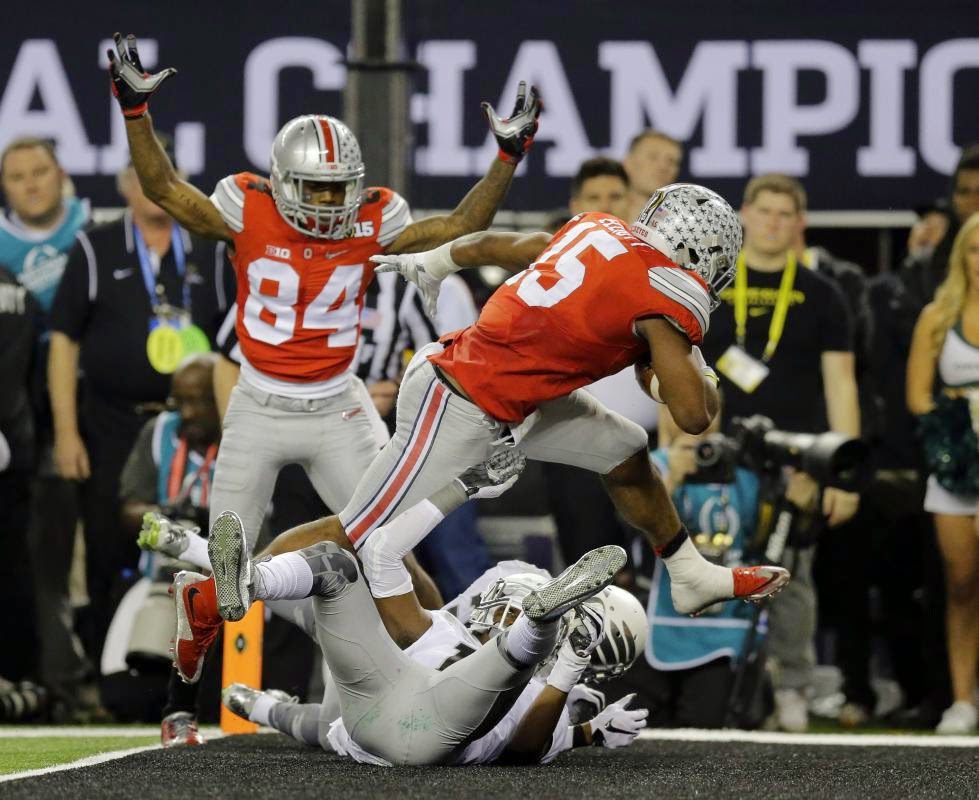 Extremely rare that we'd give a nod to the same player in a three week span, but rules are made for exception.  When you're as dominant as this guy, I give up.  Ohio State running back Ezekiel Elliott backed up his amazing Sugar Bowl performance with a jaw dropping effort in the first ever College Football Playoff Championship game to beat the Oregon Ducks.  The previous two weeks (Big 10 Championship Game and Sugar Bowl) "only" registering 20 carries (for 220 and 230 yards respectively), he needed 36 carries for 246 this week.  And four touchdowns.  Single-handedly outscoring the favored Oregon Ducks.  He was the star of the past few weeks, and now for two of three weeks, our Sportsman of the Week!