Unlike the Super Bowl as the biggest NFL event at the end of the season, NASCAR holds its biggest race to lead off the Monster Energy NASCAR Cup series (formerly known as the Sprint Cup Series).  One answer as to why is that in the initial race, everyone is at 100%.  As the season goes on, the car carnage persists.  Regardless, the Daytona 500 remains the "circled in sharpie" racing event of the Spring.  The 2017 Daytona 500 commences on Sunday, February 26 at 2:00 p.m. EST. 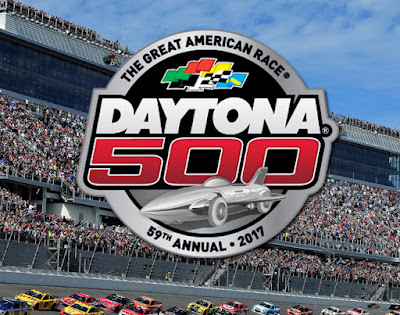 To breakdown the current state of NASCAR, we are honored to have Twitter celebrity and blog friend Bulldog Babe (a.k.a "burnin'rubberbulldog" or @bulldogbabexoxo) can drive circles around me (pun intended) in analysis.  So we asked her a few questions on the race, the season, and NASCAR in general.  As with her NFL analysis, she pulls no punches and tells it like it is.  Which is why we love her as a blog contributor!  As you can see, she's looking forward to the action!

Anywho, I'll be without sports for the next three weeks. Then, @NASCAR comes on & I start my 15th year of being a fan 😍🏁 #DaytonaDay pic.twitter.com/JUR7ZO3Bhf
— burnin'rubberbulldog (@bulldogbabexo) February 6, 2017


Longhorndave (LHD): When did you become a NASCAR fan and why did you like it so much?
Bulldog Babe (BDB): I became a NASCAR fan in 2002, when I was 6 years old. It was the first sport I got into and I thought it was really cool to see the race cars.

LHD: Who are your favorite drivers and why?
BDB: My favorite drivers are Dale Earnhardt Jr., because he was the first driver I set my eyes on & I think he's just such a down to earth person and so respectable. Denny Hamlin, because while he has his moments like all of the drivers, he knows how to drive and he's such a class act. May I even mention that he's a great father to his four year old daughter Taylor? :).  Also, Kyle Busch, because since meeting his wife Samantha, he's become a better person & driver & he's even a great father to his almost two year old son Brexton. I think that's very admirable.

LHD: Who are your least favorite drivers and why?
BDB: My least favorite drivers are Jimmie Johnson, because I think he's too cocky & he acts like he's better than everyone when he's actually not, and Joey Logano because he acts like he's 12 when he doesn't get his way & he intentionally wrecks other guys because they block him to keep him from passing & that's annoying.

LHD: What underrated or young drivers on the Monster Energy NASCAR Cup series do you think will break through?
BDB: Overall, I think Chase Elliott will get his first win at Michigan International Speedway because I feel like that was a track where he did so well, but I also think Pocono could be the track to get his first win as he also did well there. For 2017, I think while Daniel Suarez lives up to his Monster Energy Cup debut and has a successful season in the 19 Toyota Camry, Erik Jones will be the one to watch. While Daniel has a title under his belt in the XFinity Series, Erik also has a title under his belt and I believe he is probably the most talented out of the 2017 rookie class.

LHD: What's the fastest you've ever driven (or ridden) in a car (and did you or someone get a ticket)?
BDB: The fastest I've ever been in a car was 85 mph, that was on Charlotte Motor Speedway when they had a drive your car on the track event going on so we did not get a ticket.  I was riding. My dad was driving.

LHD: If you could pick the exact Top 3 finish at the Daytona 500 that you would like, what would it be?
BDB: If I could pick the top 3 finishes for this year's Daytona 500, it would be Denny Hamlin-Kyle Busch-Matt Kenseth. Not because they drive for Joe Gibbs Racing (JGR), but because they are all very good at Daytona and have wins across the entire Daytona Speedweeks. While Kyle doesn't have a Daytona 500 trophy, I believe he will get it soon.

LHD: In all honesty, what is your prediction for the Top 3 finishers at the Daytona 500?
BDB: My predictions for the 2017 Daytona 500 are that while it might possibly be another close one for the second straight year, I personally believe Denny Hamlin will win his second straight Daytona 500, with his teammate Kyle Busch finishing 2nd and Chase Elliott finishing 3rd.

Great discussion and breakdown by a true fan!  If you love racing, be sure to follow her on race day (any Sunday, but especially Daytona Day.  Her lap-by-lap analysis and reaction is awesome.  Thanks to Bulldog Babe once again!
Posted by longhorndave at 9:30 PM