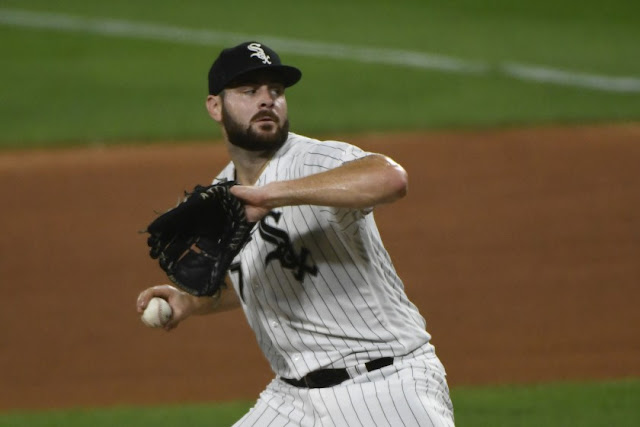 That magical pitching feat in baseball.  Twenty-seven outs, no baserunners reach via a batter ball not ruled an error.  Otherwise known as a no hitter  It happened again, even with the shortened season.  Chicago White Sox ace pitcher Lucas Giolito shut down the Pittsburgh Pirates for a full nine innings (not one of those shortened ones) recording the first (and likely only) no hitter in 2020.  With a stout defense behind him, he walked only one batter in facing 28 with 27 outs fanning 13 Bucs.  The 26 year-old, former first round draft pick seems to be reaching his full potential.  With this effort, opponents are batting only .180 against him for the season.  A microscopic .149 batting average against in August.  As the White Sox are positioned for a postseason run, Giolito will likely get his first chance to pitch in the playoffs in October.  He'll be the guy you don't want to face.  He is the Longhorndave Sportsman of the Week!
Posted by longhorndave at 5:25 PM