Okay, so I haven't watched that much Olympics, but I'm intrigued by the "scandal" in which eight badminton players (4 pairs) were disqualified from the Olympics for not giving their best effort.  Let me say, I wholeheartedly agree that the display that took place was against everything the Olympics represent and needed to be dealt with.  Not to mention pound paying fans who saw a farce.  I watched it replayed, at least a couple of minutes of it.  But this is no different than a NUMBER of other examples across all sports.  And I less blame them than the pool play system.  And believe me, I'm no sympathizer to China, South Korea, or Indonesia, I'm pretty much a disinterested 3rd party sports fan. 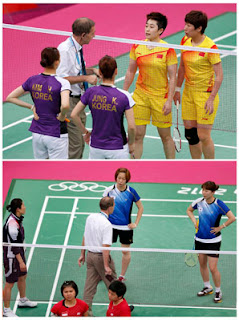 So the background is that these teams had already qualified for the elimination (knockout) round, and these games only meant seeding.  Under normal circumstances, a higher seed means something.  In US sports, it means a bye, or home field advantage, or an inferior opponent.  In this case, it really only meant the latter at least in the first round.

So I present the following scenarios as evidence this is no different than a number of other sports and we tolerate it:

1) I paid my money and deserve the real deal.

How many people paid good money today to see the US basketball team today?  Each team should give its max effort every game.  So why did the US only play LeBron and Kobe for a total of 22 minutes? They have the obligation to compete at their highest level, right? Not really. When you win by 83 points.  The real obligation is to have a well rested team for the next round.  Damn the fans. 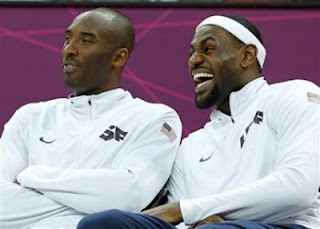 2) It's the Olympics, you're supposed to at least try hard enough to win for sure.

Do the swimming relays use their best swimmers in the preliminary rounds?  Why not, they're supposed to try their best, right?  No?  But fans are there to see them? Why not? Because they're saving their energy for the critical rounds.  Not that MLB All Star Home Run Derby is a real sport, but we've seen many a contestant flame out with a 10+ HR first round and tire.

3) Yeah, but in individual sports, everyone gives their best effort every match.

I'm a HUGE fan of the Tour De France, and let me tell you, that every rider doesn't give his best effort every day.  Why not? Because winning that stage is not the goal.  Winning the GC or Sprint points or Climb points, or even tomorrow's stage is the goal.  So do I get mad if Bradley Wiggins doesn't challenge every rider on every stage for 1st? Uh, no. He lets them have their moment, then takes his cred in Paris. What about track sprinters, they go ALL OUT in the first few rounds? Not really.  And with individual swimmers. Michael Phelps barely skated into the 400 IM by making sure he put forth the least effort possible. 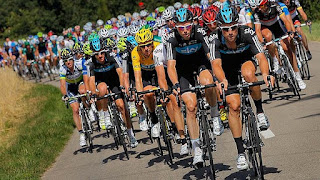 4) But their team won, it only matters if you win.

Tell that to NFL fans who watch their teams bench all their key players in Week 17 (and sometimes Week 16) as their playoff spot is secure.  Doesn't even matter if the other team is in the mix.  The goal is the Super Bowl.  Best example is 2009, the Indianapolis Colts with a shot at the Miami Dolphins immortality of undefeated season at 14-0.  Except they'd already clinched home field in the AFC.  So no reason to play their starters in the 2nd half.  Why would they risk injury?  They didn't. And lost to the Jets.  Then lost to the Bills. The fans of neither of those games got the best effort of the teams. 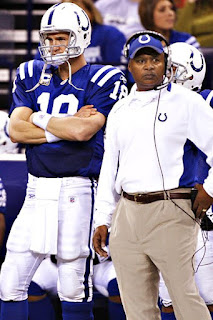 So if all this sounds familiar it should.  Why should those four badminton teams put forth their best effort if they're guaranteed a berth to the next round?  Like all the above examples, at a minimum they were saving their energy for the next round.  There was some conjecture that the throwing of matches was to seed themselves opposite their countrywomen.  Great, why didn't Badminton organizers make it so teams of the same country were always opposite (via committee seeding or community rule)?

It's a shame these athletes were disqualified.  They should have known better so shame on them for that. But this is the equivalent of the NFL commissioner removing the top seed in the NFL playoffs for throwing a game, fining an MLB team for not throwing their best pitcher on the last day of the season to save him for the playoffs, or every NHL team not playing their best goalie every game in an effort to reach the postseason in best form.  All involved a team sacrificing a chance to win for the sake of the long term goal. Only the badminton teams were just too obvious about it.
Posted by longhorndave at 9:28 PM