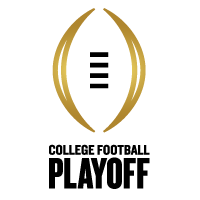 As we head into the final two critical weeks of the college football season, all eyes will be on the weekly BCS standings released on the Sunday following.  Most pollsters and computer geeks agree, if Florida State and Alabama don't lose, they will meet for the BCS Championship in Pasadena, CA, on January 6, 2014.  However, they are not the only undefeated teams and fans of Ohio State are crying foul.  But being undefeated has never (before or after the BCS) guaranteed a team a shot at playing for the National Championship.

Which brings us to the 2014 regular season, when we expand our current 2-team playoff (also known as the BCS) to a 4-team playoff.  More impactful is probably that the teams will be decided by a committee, not a human-computer poll combination.  Since 2013 isn't over yet, it's too early to call how that would shake out (maybe a blog for two weeks from today).  But let's look back at the previous three football seasons, see how the 2-team BCS looked, as compared to a 4-team and 8-team playoff format.  We'll comment on teams that probably don't belong, and those that are excluded.  Each (the 2/4/8) format will get a subjective letter grade (A - F) and we'll see, is the 4-team the right answer?

BCS Championship Game (two-team playoff)
#1 Auburn vs. #2 Oregon - played out as expected, came down to the end, both teams demonstrated that they belonged, if not for a couple of plays either way, Oregon might have pulled it out.  As it was, Auburn finished as (currently) the last undefeated national champion.
Grade on how the BCS did its job? B-.  With TCU also sitting undefeated, there is a level of unfair that they didn't get a chance to participate.  They would go on to win the Rose Bowl over Big 10 Champion Wisconsin.

Four-team playoff:
#1 Auburn vs. #4 Wisconsin
#2 Oregon vs. #3 TCU
I'm guessing the committee would have put the Badgers in as a Big 10 Champion, rather than the Stanford Cardinal as the runner up in the Pac 10.  Either way, this is as big as TCU being left out, not fair.
Grade on how a 4-team playoff would have worked? B-. A worthy team left out in this scenario.

Eight-team playoff:
#1 Auburn vs. #8 Michigan State
#2 Oregon vs. #7 Oklahoma
#3 TCU vs. #6 Ohio State
#4 Stanford vs. #5 Wisconsin
I'm figuring Oklahoma in as Big 12 champs, plus Michigan State, which had just one loss to Wisconsin, in over a 2-loss Arkansas.  Boise State in a weaker conference and a loss (Nevada).
Grade on how an 8-team playoff would have worked? B+.  Not near the argument here for a team being left out.  Three teams in from the Big 10 might raise eyebrows, especially in SEC country with only one.  Otherwise, it would be an A.

BCS Championship Game (two-team playoff)
#1 LSU vs. #2 Alabama - This was a major fail in my opinion.  These two teams had already played, the road team won, one team didn't win its Division, yet because of human pollsters (i.e. media hype), Alabama got in ahead of Oklahoma State.  The game wasn't good, of course with Alabama winning.  But Oklahoma State wasn't given a chance.
Grade on how the BCS did its job? D.  I never advocated two teams from the same conference, mainly because you need that cross-play to truly determine a champion.  The Big 12 may have been tougher than the SEC, but for lack of hype, we won't know.

Four-team playoff:
#1 LSU vs. #4 Oregon
#2 Alabama vs.#3 Oklahoma State
This would easily solve the #2 vs. #3, but the #4 is more murky. While Stanford decisively held the spot, they did not win their conference, getting blown out by Oregon.  Oregon won the Pac 12 with a loss to LSU, but I'd give them the nod here.  They earned it with a win over Stanford head-to-head.  The next four teams didn't win their conference, Wisconsin not really in the discussion.
Grade on how a 4-team playoff would have worked? A-.Only the Oregon inclusion murks this.

Eight-team playoff:
#1 LSU vs. #8 Boise State
#2 Alabama vs. #7 Wisconsin
#3 Oklahoma State vs. #6 Arkansas
#4 Oregon vs. #5 Stanford
Arkansas only lost to the Top 2 teams, so a worthy inclusion.  Kansas State had a bad loss to Oklahoma, and Wisconsin winning the Big 10 pushes them ahead.  South Carolina also had a bad loss to Auburn.  Moving Wisconsin ahead of Boise State in seeding because of better conference (Boise State only loss to a good TCU team).
Grade on how an 8-team playoff would have worked? A.  There's not much indefensible here.  Having Oregon play Stanford isn't ideal, but you'd have to put those two (at #4 and #5) ahead of Arkansas and the rest, and not ahead of Oklahoma State.


BCS Championship Game (two-team playoff)
#1 Notre Dame vs. #2 Alabama - This was the clear logical choice.  The SEC champion, despite a loss, against the only undefeated.  With six of the BCS Top 10, no question Alabama had it over Oregon or anyone else.
Grade on how the BCS did its job? A+.  Best two teams played, nobody else had a legit claim.
Four-team playoff:
#1 Notre Dame vs. #4 Stanford
#2 Alabama vs.#3 Kansas State
This would be a very VERY difficult decision.  Anyone from #3 through #10 could make an argument to be included.  My approach is that conference champs get a nod over non-conference champs, and so it's KSU and Stanford over Oregon (lost to Stanford) and Florida (didn't win SEC East).
Grade on how a 4-team playoff would have worked? D. About six teams have a right to be angry here.

Eight-team playoff:
#1 Notre Dame vs. #8 Florida State
#2 Alabama vs. #7 Oregon
#3 Kansas State vs. #6 Florida
#4 Stanford vs. #5 Georgia
By all means, more SEC teams get in after the Top 4.  But not more than three.  Oregon gets in by their one loss to Stanford, Florida State (finished BCS #12, behind #11 Oklahoma) only lost a conference road game, then to Florida, both good losses and were ACC champs. The Big 10 notably absent, 5-loss champs Wisconsin not near worthy, undefeated Ohio State ineligible.
Grade on how an 8-team playoff would have worked? B-.  The SEC has some gripes, but you can't just say because the Top 6 teams only beat each other and the other 8 were so bad they didn't beat any of them, that they deserve more than 3 spots. The above has conference balance and good matchups.

So the 8-team caused the least blow ups in terms of teams left out (at worst a B-).  The best was 2-team or 8-team every year.  My staunch opinion has been that we deal with a 2-team playoff and reward the regular season.  I can see from the above that really there aren't any bad teams included in the 8-team format.  By rewarding conference championships, you really make the regular season important and every game count.  I'm thinking more and more that the 8-team will be here sooner than later and made the most sense.  It's clear to me the biggest decision the new committee has is how to balance very good teams that didn't win their conference, vs. very good teams that did.  The polls typically are blind to conference titles and you might have a lot of runners up in the Top 5.  I think a playoff should include more conference champions.

For an 8-team, I would do it with first round on campuses in early December to make it more difficult for those in the second half of the bracket.  Then the Final Four the weekend before New Years, and the final the weekend (or Monday) after.  And release the first round losers to other bowls.

I do think sixteen-team is too burdensome unless you completely go away from the Bowl System.