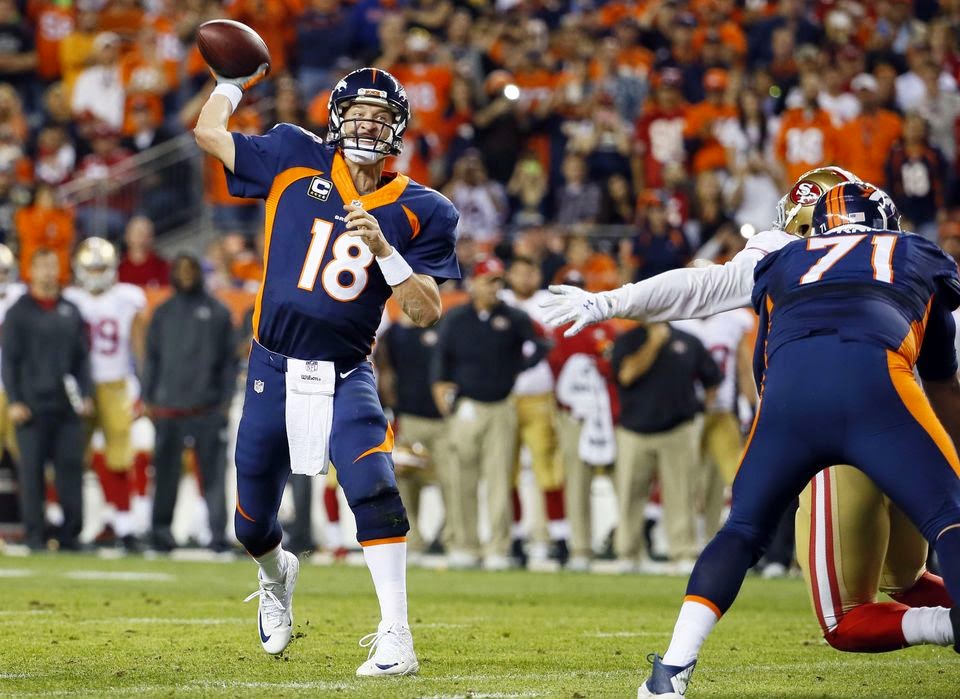 For the third time in Blog history, Peyton Manning is the Longhorndave Sportsman of the Week.  And no better athlete of this generation could be so honored.  Manning's Denver Broncos won a key Sunday Night game 42-17 against the 2013 NFC runner up (and 2012 NFC Champion) San Francisco 49ers.  Easily.  Manning flung the ball for 318 yards and 4 TDs. And most importantly, broke Brett Favre's all-time TD record with his 509th (and 510th) career TD pass.  Early prediction, the Broncos win the Super Bowl and this is Peyton Manning's last year.  I think one more is all he's waiting for!