So the Conference Championship weekend was an oil boom for me.  No less than 5-1 on picks and a huge profit haul.  Sometimes you got the touch and I got it, baby.  So you should listen to my final predicts. 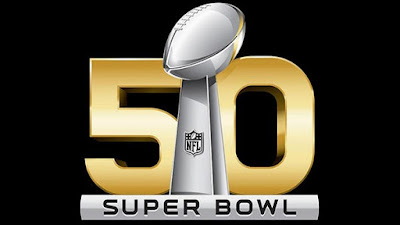 On paper this is a great matchup.  But going against the Carolina Panthers seems like a bad idea.  The line has moved from a FG to almost two FG, but when you're better, you're better.

When the Panthers have the ball:
The Denver Broncos have the best defense in the NFL.  They gave Tom Brady and the Patriots complete fits, but note that by the end of the game, the Pats had 20 first downs and 292 yards through the air.  The running game was completely shut down, but still at  the end, it was only a 2 point conversion to stop Brady.  The Panthers meanwhile have moved the ball with ease racking up 80 points in two playoff games, and that was with a shutout in one half of one of the games.  Note that the Seahawks defense cracked the Panthers code in the second half, I think the Broncos stay away from allowing big plays but allow the Panthers to move the ball enough for four scoring drives, total 24 points.

When Denver has the ball:
With all the deserved laud for Peyton Manning, he's barely a game manager at this point.  Just 145 yards passing against the Patriots and this Panthers defense is better, allowing only 224 yards to the explosive Cardinals offense.  And the Panthers don't bend against the run.  I can barely see a couple of scoring drives, they will have to be set up by their defense.  More realistic, Peyton turns the ball over a few times.  Two scoring drives is it, 10 points.

Intangibles:
Both coaching staffs are new to this game, nothing that special on special teams either way.  Turnovers always decide this, unless Cam Newton loses his mind, this favors the Panthers.  The under is a tough pick as the Panthers have killed me with the over, however, the Broncos defense keeps them in check.  This may get out of hand if the Broncos turn it over a lot, but I don't think that happens.