That crisp cool air has moved in and we are ready to start 2017 College Football!  Okay, one of those two things are true.  Ready or not, College Football 2017 is here.  So many surprises await the next 15 or so weeks, including:

1) Has the SEC become a one trick pony with Alabama or is there a chance a second team makes the playoff?
2) Is the Big 10 really ready to establish itself as the best overall conference in 2017?
3) How will Lamar Jackson follow up his Heisman winning 2016 season?
4) Will new coaches at Texas and Oklahoma finally put the Big 12 back on the national map?
5) Is USC finally beyond its penalties and ready to legitimately contend for titles?
6) How will Clemson rebound with the loss of Deshaun Watson and other key players for their back-to back title runs?
7) Will Michigan regress with the loss of several upper classmen?
8) Is Notre Dame in a downward spiral or was last year a blip?
9) Will Miami reestablish itself as a national power?
10) Will Georgia or Tennessee finally break through in the national rankings?

Frankly, we probably don't even know what questions to ask, that's why college football is the most unpredictable sport in the country.  Along with the fact that there are 50+ games of highlights, upsets, tailgates, cheerleaders, bands, and campus fun.  Strap yourself in!

As always, this blog (via J.R. Ewing, our resident rich Texan drinking gambler) gives you picks each week.  Against the spread, because that's how we roll.

This year, we are excited to add Bulldog Babe (@bulldogbabexo) as a guest expert throughout the season (so long as her schedule allows).  Bulldog Babe is an amazing sports fan located in North Carolina, but bleeds Georgia Bulldog Red.  Follow her during a Georgia game and you'll know what I'm talking about.  She's intense. You also need to check our her NASCAR Blog (The Ladies in Black).

Instead of focusing on the five games I think give you the best angle (which by the way, carried you to a 3.8% profit last season), we're going to go to the three top marquee games of the week, plus Georgia and Texas.  Georgia for Bulldog Babe, and Texas because it's the greatest team in the greatest state.

Spreads are from a great pick site, Capped Sports

So for week one, here we go.  First team listed is the pick for JR Ewing. 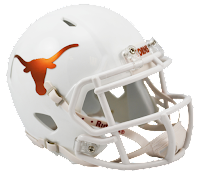 JR Ewing:
Lots of unknowns here. My Texas Longhorns are ranked, despite going 5-7 last season and swapping head coaches.  Maryland started last season 4-0, won 3 conference games (including Michigan State), and made a bowl game.  I'm cautiously optimistic that the Horns are ready to make a statement, however, 18 points given the unknowns is too much.


Bulldog Babe:
The Texas Longhorns are a force to be reckoned with, in my opinion. They have been getting stronger and I think they're gonna start the season off with a win against the Maryland Terrapins. While the late and great NASCAR broadcaster Steve Byrnes was a Maryland grad, you would think I'd automatically go with them but I think Texas takes this one. 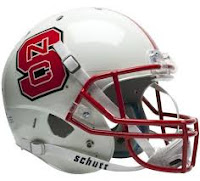 JR Ewing:
Two middling teams make this an intriguing Week 1 matchup.  ACC/SEC is always competitive as well.  I like the trending of NC State better than South Carolina.  It'll be close, but at home, the Wolfpack wins by a TD

This is a tough one, but I think that NC State will take this one. South Carolina has declined over the last few years, but they're slowly getting back into the grind. While I think that, I also think NC State is gonna beat them. 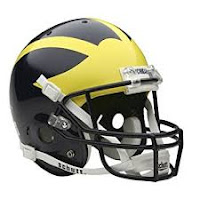 JR Ewing:
This game has so many implications.  John Harbaugh has made no bones about wanting to raid other states for their High School talent, and here he is in the heart of Florida.  Meanwhile, Florida is coming off an SEC East Championship, but is also missing a number of players due to suspension.  Michigan seems to be poised for a win here, I think they get it.


Bulldog Babe:
Florida and Michigan is always a great showing. The Wolverines are getting better with John Harbaugh as their coach, but Florida is known for success. Not this time! A lot of Florida's players have been suspended for week 1, most of those players who are starters. That opens the door for Michigan to steal a win and I think it will happen. 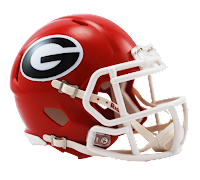 JR Ewing:
Georgia is poised to fill the void of SEC East strength.  With Tennessee perpetually falling short of potential, and Florida spinning its wheels, to me, Georgia is ready to make a leap.  Curiously tight spread being that the game is in Athens, even though Appalachian State is solid.  I just don't see it being that close.

Of course, I gotta go with my boys in UGA/App State. Jacob Eason's coming back & I have so much faith that he'll be better in year #2, so many returning defensive players, our two running backs returning, I have a good feeling for UGA. 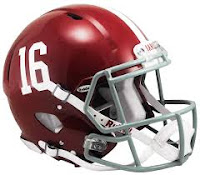 JR Ewing:
Alabama thrives in neutral site games to start the season.  They wisely angle for marquee neutral site games instead of doing home and home so that every other year they don't have to bite off a potential rabid crowd. But kudos for scheduling a Top 3 matchup.  But game one is about preparation and game plan without film, and Nick Saban can't be beat in that arena.  They've done this before, they'll do it again.  Great early season win.

Bulldog Babe:
Alabama is coming back with vengeance to win title #17 & FSU is coming off of a pretty decent season, going 10-3 overall & 5-3 in the ACC. Two strong teams, two champion teams. It won't be a cakewalk.

Alabama 27, Florida State 20
Big thanks to Bulldog Babe for participating and enjoy the opening week of College Football!