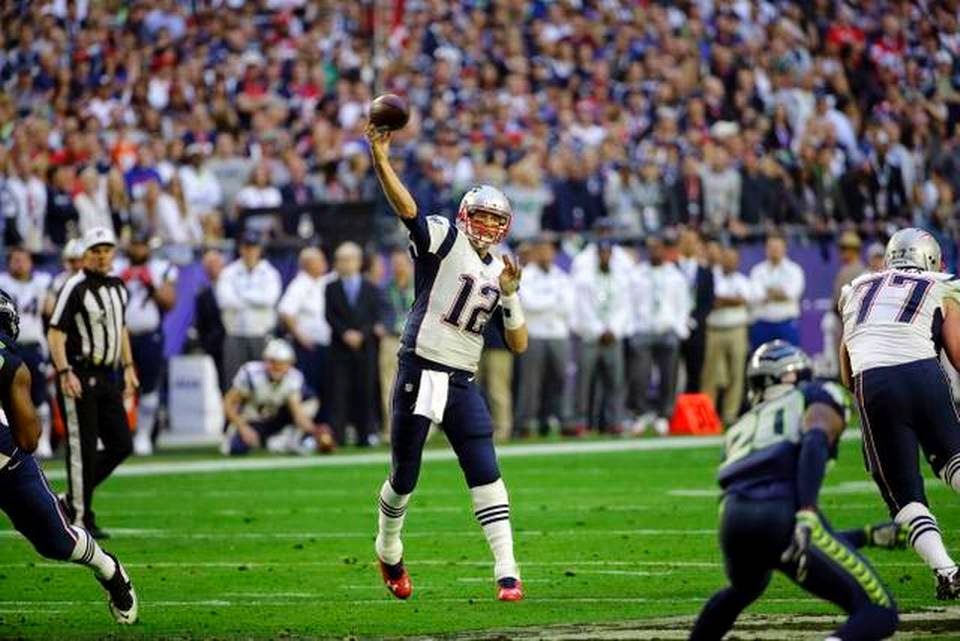 The biggest event in American Sports produced a nail-biting, spine-tingling finish rarely matched in the big game.  Super Bowl XLIX was a back-and-forth affair to the last minute.  By the time the clock struck zero and the confetti reigned, Tom Brady cemented his status as a short-list candidate for the greatest of all time.  In his sixth Super Bowl start (record), he tossed for 328 and 4 TD in winning his fourth Super Bowl (tied for record with Terry Bradshaw and Joe Montana).  Another key element, his first and last Super Bowl titles were 13 years apart (record) and he won Super Bowl MVP for the third time (tied for record with Joe Montana).  Hard to believe this is his first nod as Longhorndave Sportsman of the Week!
Posted by longhorndave at 4:44 PM