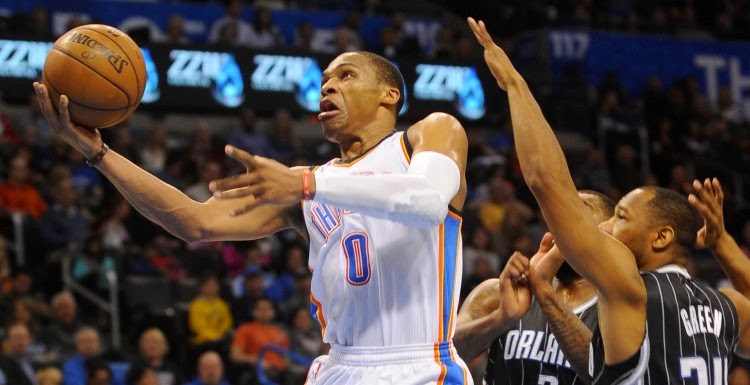 With football season over, it's time to turn to hockey and hoops for weeknight sports entertainment.  Our Sportsman of the Week entertained indeed, as Russell Westbrook of the surging Oklahoma City Thunder dominated over four games.  He dropped in 34 points per game, averaged 9 rebounds AND 9 assists.  He hit >50% from the field and 95% from the line.  The team went 3-1, as Kevin Durant gets more and more healthy, the dynamic duo appears poised for a postseason run, despite sitting outside of the playoff picture.  Let's just say I wouldn't want to face a hot Westbrook and Durant in the first round and I wouldn't bet against them getting in.