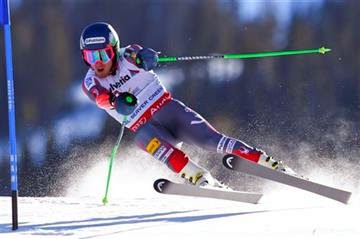 Winter sports are in full swing and if it's an odd number year, that means the World Ski Championships.  This year's event was held on United States home soil, but podium finishes were sparse.  That was until Utah-born Ted Ligety saved the Stars and Stripes.  Ligety navigated the Giant Slalom ahead of the field for his third straight World Championship (2011, 2013, 2015) and 23rd World Cup championship overall (second place in history for GS).  He also won the GS at the 2014 Winter Olympic Games in Sochi.  The three straight championships are a record for the GS, and only two others in different disciplines have won three straight World Championships.  For his work this week, he also claimed bronze in the Alpine category.  A great week for a great American skier and our Longhorndave Sportsman of the Week!

Posted by longhorndave at 4:12 PM