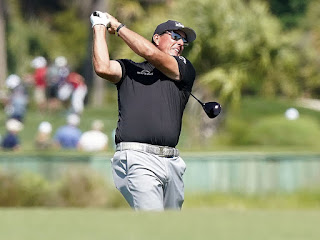 What a week in sports.  But rarely is there a story of a legend of the sport doing things well beyond one would think his age would allow.  Phil Mickelson.  Fifty.  Never a Sportsman of the Week winner until now.  His last major was the 2013 Open Championship (commonly called the British Open) in July 2013 but he was edged out by first time Tour de France winner Chris Froome. Taking the back seat no more.  At age 50, Phil Mickelson won the Professional Golf Association (PGA) Championship for his sixth major.  His first was 17 years ago (when literally at 33 some thought he may never win one).  He's won all four majors, this was his second PGA to go with two green jackets.  Mickelson was the only golfer with three rounds at 70 or better the first three days (runner up Brooks Koepka was the only with 3 at 71 or better).  Sunday of the PGA Championship weekend seemed more like match plays as lower placed golfers surged but Mickelson and Koepka battled down the stretch with Mickelson holding on for the win.  What a weekend and what a golfing legend, and a first time Longhorndave Sportsman of the Week!
Posted by longhorndave at 8:48 PM