For the first time in Blog history, we are going to have TWO Sportsmen of the Week.  Since I write this and get to make the rules, there is literally no discernible difference between these two.  So just bear with me. 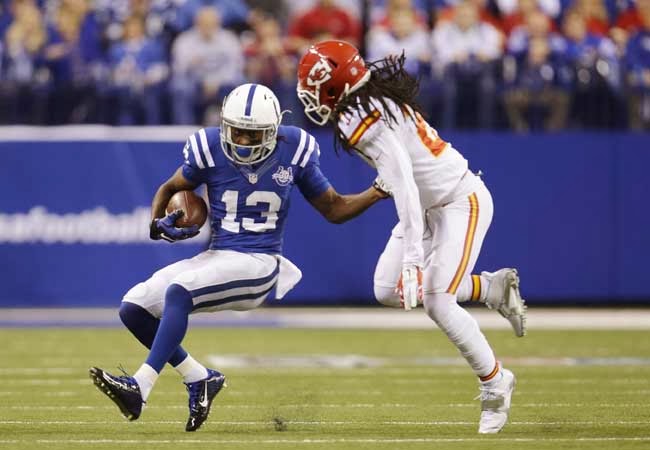 The first Sportsman of the Week led the second best comeback in NFL Playoff history.  T.Y. Hilton for the Indianapolis Colts was an uncoverable beast in the Indianapolis Colts shocking comeback victory over the Kansas City Chiefs.  The end line was 13 catches, 224 yards, and 2 TDs.  The Colts pulled out an incredible 45-44 win after trailing 38-10 early in the third quarter.  With quarterback Andrew Luck shaky early, he turned to Hilton time and time again and was never let down.  Congrats on being one of the Longhorndave Sportsmen of the Week. 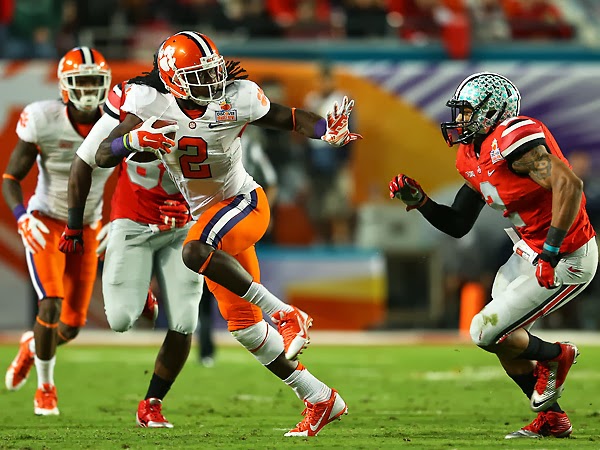 The second Sportsman of the Week led his team to a high stakes win against a team that had been considered a favorite to make the BCS Championship Game.  Clemson has suffered frustrating defeat time and time again as they try enter the NCAA Football elite.  After an embarrassing Orange Bowl loss two seasons ago, they thirsted for a win against Ohio State and got it 40-35.  While Tajh Boyd could have been the honoree, it was really WR Sammy Watkins who seemed to be the unstoppable force.  His line, 16 catches, 227 yards, 2 TDs (pretty much the above).  While college lends itself to bigger numbers, the stakes of the game were just as high as playoff.  Watkins has declared for the NFL, maybe the Colts can snag him opposite Hilton!  Congrats to Watkins for a worthy Longhorndave Sportsman of the Week.
Posted by longhorndave at 8:34 PM