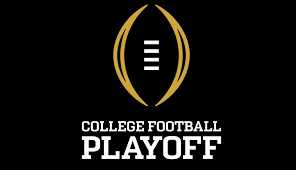 Nobody should have expected the expansion of a 2-team playoff (BCS) to a 4-team playoff (CFB Playoff) would eliminate close decisions and 2016 might be the toughest year the College Football Playoff Committee (CFPC) faces.  As we enter Championship Weekend (including the defacto Big 12 Championship Game between Oklahoma and Oklahoma State), the scenarios have narrowed as to what the top teams need to do to get the blessing of the CFPC a week from tonight.  I'm going to walk through scenarios and tell you who I think should be included and not and why.  This is not what I think the committee is going to do, because I don't know and I think they may go for bigger school names instead of following their charter.  But time will tell.

Here are a few groundrules / assumptions / references
1) In two years, no team has made the playoffs without a conference title.
2) With only two years of history, we do not know how the committee will react based on history.
3) We will reference the Sagarin Ratings (team and conference) .
4) The CFPC has a charter here.


The CFPC charter specifically lists as factors  for comparable teams (not necessarily in order):
Note that quantity of losses are not specifically cited, but one would think that would figure into "comparable".

Snapshot of each team 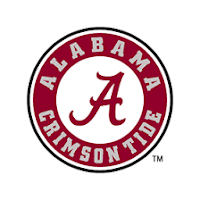 1) Alabama - They are in, win or lose in the SEC Championship Game.  If they lose, there will not be enough 1-loss conference champion teams to knock them out which would be the criteria the committee could point to.  And of course the proverbial eye test has favored them all year with big wins against Southern Cal, plus the brutal SEC West (top rated conference division according to Sagarin).  One spot confirmed.

2) Ohio State - And here is where things get complicated.  The Big 10 featured the two highest rated teams last weekend, however, neither is playing for the conference championship this weekend.  The dreaded loss of tiebreaker for Ohio State vs. Penn State head to head in their one loss keeps them from Indianapolis.  At number 2 in all polls, plus a win over a Top 5 team last weekend, some are calling them a lock.  The CFPC criteria states that if teams are "comparable" then championships becomes a discriminator.  I would think Washington and Clemson, also with one loss, would be comparable, giving the Buckeyes lack of hardware is a strike.  Strength of Schedule is another criteria.  While adding Oklahoma out of conference helps, the Big 10 East is ranked below the Pac 12 North/Washington (but ahead of the ACC Atlantic/Clemson) according to Sagarin.  Within a point in 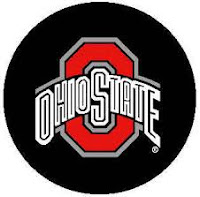 the rating system, might not be enough.  Another team to potentially bump them will be the champion of their conference, the Big 10.  If it is Penn State, then head-to-head dooms them.  I don't see the committee giving Ohio State the nod over Penn State since Penn State won head-to-head and won the conference (two of the four major criteria).  So that puts Alabama plus three more that might have CFPC criteria pointing away from them.  They may need help.  Also look at Ohio State's top three opponents (Michigan, Penn State, and Wisconsin).  They did not win any in regulation, with 2 OT wins plus a loss.  They also were headed to overtime against very disappointing Michigan State but the Spartans went for two and didn't get it.  Again, when looking to thrust Ohio State into the "comparable" category for which their lack of a title hurts them, these close calls show weaknesses. 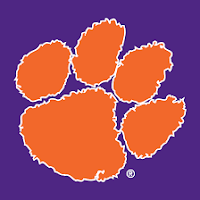 3) Clemson - At 11-1, including out of conference wins against two SEC teams, they look like if they win the ACC Championship vs. Virginia Tech they are in.  If they lose, the door is opened for Ohio State and/or the Big 12 Champion.  They'll get that 13th game (which the committee threw in the Big 12's face in 2014 as a discriminator) against another quality opponent (that Ohio State won't get).  If you're going to exclude a 12-1 conference champion, it will be Washington (next).

4) Washington - Also at 11-1, their resume is great in conference (played the second toughest Power 5 Division according to Sagarin) as well as USC/Utah from the South (USC was a loss, but still).  Their biggest problem is a very weak out of conference schedule (picked the wrong Big 10 team to schedule in Rutgers).  A win over Colorado (again, 13th game) gives them 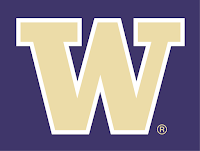 a huge SOS boost, however.  So it would come down to the committee's judgment on whether Washington and Ohio State are comparable, and whether their championship outweighs Ohio State's strength of schedule.  I think it is comparable and the championship means more.  The committee should give the nod to Washington in the playoffs if Washington wins. 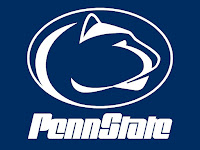 5) Penn State - What a spoiler they are playing.  Given up for dead (at 2-2 coming off a 39 point loss to Michigan), they have rolled since.  They would clearly need a Big 10 Championship to be considered and that, with a head-to-head win over Ohio State, to me would mean the committee could not pass them up for the Buckeyes.  The committee has dismissed bad early season losses before (Ohio State in 2014).  Lose and obviously no chance.

6) Wisconsin - If Wisconsin wins the Big 10, they're suddenly with coveted hardware that gets them in the discussion.  Throw in an out of conference schedule that included Louisiana State and they drew Michigan and Ohio State from 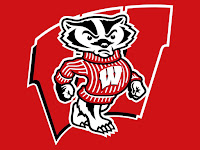 the East (as well as Top 10 at the time Michigan State).  If they win, the CFPC should give Ohio State the nod over them head to head (OT loss was in Wisconsin).  But it might be closer than you think, as head-to-head is just one of the four criteria, conference title being the other.

This to me concludes the teams that have a good shot if they win on Championship Weekend.  Others would need a lot of help, mostly Clemson and Washington losing (giving clear nods to Alabama, Big 10 winner, and Ohio State with one spot left).  More analysis.

Big 12 winner - Would have that championship as something to point to as opposed to other teams.  I would think they would be the first one in over Michigan (more in a minute).  Besides Michigan, Oklahoma is the highest rated team not discussed above and they're trending up (which, again, was a factor for Ohio State in 2014).  As for Oklahoma State, they had a rule misinterpretation by a MAC officiating crew cost them a game on the last play (that should not have happened).  So if things go crazy, they could get in with the hardware over ACC runner up Clemson, Pac 12 runner up Washington, and Michigan who don't have titles.

Michigan - The best argument they have is that they lost to the number 2 team in overtime at their place and went toe-to-toe.  All true.  However, two losses and no conference title make it hard for them to get in.  Again, unless comparing them to the field if Washington and Clemson lose.  Especially since they beat Colorado (Pac 12 Champ in that scenario).  Only chance is if Armageddon takes place and the committee is willing to put three Big 10 teams in the playoff, which seems far fetched.  I'm a firm believer that you need conference diversity to figure out a champion.  You cannot definitively call one conference not worthy of a playoff berth based on a short sample of out of conference games by their rivals.  Michigan is no better than the third Big 10 team in, they don't go in over a conference champ and obviously not over Ohio State. 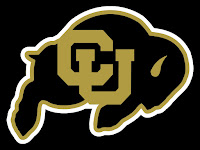 Colorado - As a two loss champion, they'd have trouble getting in over Oklahoma and Michigan, so not seeing any path here.

At the end of the day, the closest resume's are:
Pac 12 Conference Champion Washington vs. #2 and 11-1 Ohio State.  It's a matter of overall season vs. conference title.  And geography, will the committee want to exclude the Pac 12.  Would not play well to be so midwest/southeast centric.

At the end of the day, I think this is what happens:
Wisc/Clem/Colo: Bama, Clem, OSU, Wisc

Posted by longhorndave at 8:47 PM